I wrote my first book when I was 3 years old. It was called The Book of Arwen and as I recall was done entirely in crayon pictures with no actual words involved.  I think my mother might still have it stashed in a drawer somewhere.

Since then I’ve written countless school papers, a number of stories,  entirely too much embarrassing poetry that we shall never speak of again,  and three actual novels.  A few of those efforts have won recognition. A couple of them won me some money. None of the novels are published — yet, anyway.  But I do have a nonfiction true crime/history/courtroom drama book coming out in June 2016.

When I was in college, I figured out that “being a writer” was probably going to mean “being really hungry” unless I found some useful application.

I harbored romantic notions of being an enterprising reporter, a foreign correspondent,  an investigative journalist. I dreamed of living in Washington and writing for the Post and telling everyone just what those corrupt cats in government were up to this week.

Then I spent summers working in retail and realized that there are a lot of really stupid people out there, and I would have to spend a godawful lot of time talking to them if I wanted to be a reporter. Goodbye, visions of exotic war zones. Goodbye, Pulitzer glitter.

So that’s what I did. And it’s what I’ve been doing for more than 20 years. The job description has changed a lot, the tasks are more complicated, and  I have spent almost  as much time managing as I do editing, but I still get to play with words every day and I still get to leave things better than I find them.

And I made it to Washington, working for an outfit I considered vastly more impressive (certainly more expensive,) than the Post. Then I moved to a think tank, where I still get to play with words and read all day about policy.

Not a bad gig, that.

I’ve also learned that most people aren’t as stupid as they seem when you work in retail, and that even the ones who are probably know something I don’t. I recognize now that everyone can teach me something if I just shut up and let them—even if they are inadvertently teaching me how not to set fire to my own hair.

So after years of watching and fixing and tweaking and retooling other people’s efforts, I’m here now to work on my own writing and to learn about the path to publication.

And to be edited. This post, for example, should probably be about 300 words shorter.

If I teach something along the way, it was probably by inadvertently showing someone else how not to do something. That’s a fair trade, don’t you think? 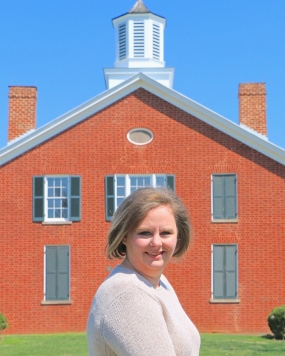 1 Response to About Me